How Meditation And Yoga Helps With Substance Abuse Recovery 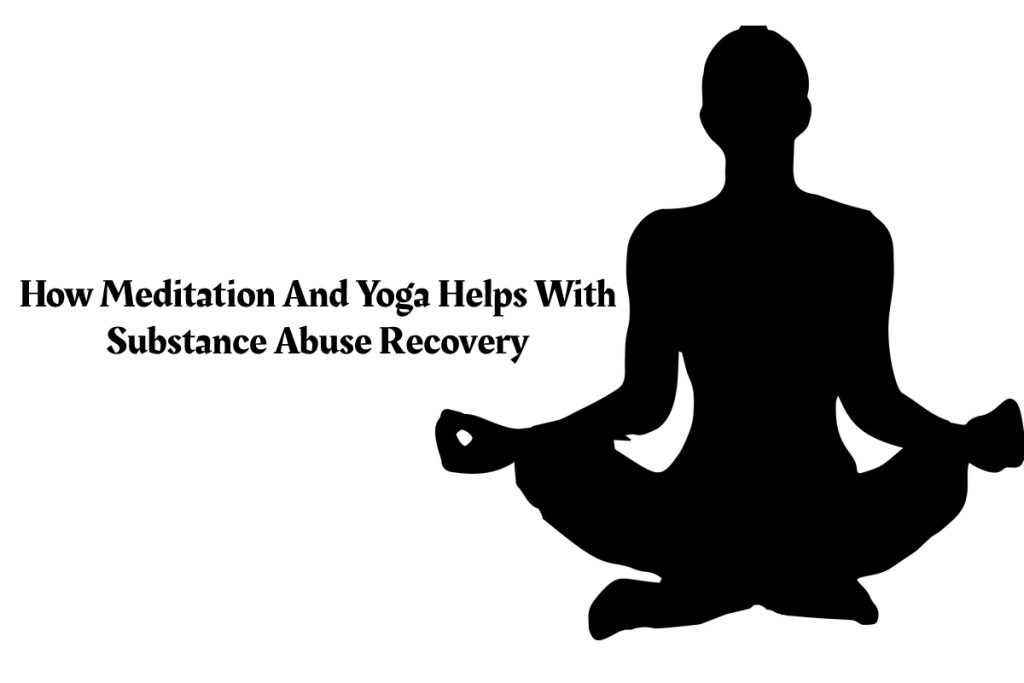 In 2014, about 30 million Americans were classified as current illicit drug users, meaning they had used drugs in the month leading up to the National Survey on Drug Use and Health that year (NSDUH).

Drugs work with the body and brain to change moods, emotions, and behaviors via altering brain chemistry and perceptions and influencing how people interact with the environment around them.

Gallus Detox is a well-known drug rehab treatment center in the nation, and its approach to treating addiction is unique. Click https://www.gallusdetox.com/locations/arizona/phoenix-detox-center/ to get more details on them.

Effects Of Drugs On The Brain & Neurotransmitters

The central nervous system and autonomic functions critical for survival, such as blood pressure, breathing, heart rate, and body temperature, maybe slowed or sped up by mind-altering medications.

Drug usage also affects the levels of certain of the brain’s chemical messengers or neurotransmitters.

Dopamine is a neurotransmitter that affects mood, pleasure, movement, reward and reinforcing behaviors, motivation, and attention.

Drugs that affect dopamine levels include Marijuana, heroin, and other opioids, as well as stimulants, ecstasy, and PCP, which are all illegal substances.

Serotonin is a neurotransmitter that helps to regulate emotions and stabilize moods. Drugs that affect serotonin levels include hallucinogens and ecstasy.

Benzodiazepines are a class of drugs that can affect GABA levels. Norepinephrine, like adrenaline, is known as the “stress hormone” because it causes the central nervous system to speed up in reaction to the “fight-or-flight” response. It also boosts energy levels while improving focus and attention.

Opioids and ecstasy are two drugs that might affect norepinephrine levels.

Marijuana is the most commonly used illicit substance in the United States, according to NIDA, and it is especially popular among teens and young people.

Delta-9-tetrahydrocannabinol (TCH), the psychoactive ingredient in marijuana, interacts and binds with cannabinoid receptors in the brain, giving a calming and relaxing effect.

High concentrations of cannabinoid receptors in the brain have a significant influence. The hippocampus, for example, is in charge of short-term memory, thus marijuana usage can make it difficult to recall recent events.

The cerebellum and basal ganglia, which control coordination and involuntary muscular movements respectively, are also affected.

Marijuana also affects dopamine levels in the brain, resulting in the euphoric “high” that users describe. Marijuana also has a number of long-term impacts on the brain, which are more common in those who use it before their brains are fully matured.

Prescription opioids such as OxyContin, Vicodin, fentanyl, methadone, and Dilaudid attach to opioid receptors in the brain and cause dopamine release.

These substances, in a manner, hijack the limbic system of the brain, creating a tremendous high that people often want to reproduce, leading to self-fulfilling actions.

Opioid medicines are highly addictive, with ASAM reporting that over a quarter of heroin users will develop an opioid addiction. In 2015, about 2.5 million Americans struggled with opioid addiction.

When someone takes an opioid medicine regularly, their body becomes accustomed to the drug’s interaction with the brain and develops a tolerance to it. Therefore, individuals may need to take more of the medicine to experience the intended results.

When the opioid wears off, the brain will cease to function as before the drug was introduced, resulting in a drop in dopamine levels.

Opioid overdose is an all-too-common side effect of opioid misuse, and it can lead to life-threatening respiratory depression.

Cocaine, Methamphetamine, And Other Stimulants

This means they increase heart rate, body temperature, and blood pressure while raising energy levels, focus, attention, alertness, and wakefulness. They also make you eat less. Cocaine and methamphetamine, in particular, provide a powerful high by rapidly flooding the brain with dopamine.

However, because the high is usually short-lived, cocaine is frequently misused in a binge-like fashion to prolong the bliss. The “crash” that occurs following a stimulant high can be severe, leaving a person exhausted, hungry, irritated, intellectually confused, and sad, with powerful desires to follow.

Because stimulant medicines affect dopamine levels and the limbic reward system, they are particularly addictive.

Ecstasy, commonly known as Molly or MDMA, is a popular club drug and psychoactive substance.

It has both stimulant and hallucinogenic characteristics because it binds to serotonin transporters in the brain. Ecstasy increases feelings of emotional connection and warmth while intensifying and distorting the senses, raising energy levels, lowering anxiety, and increasing pleasure.

Ecstasy is frequently coupled with alcohol, which can be dangerous.

If a person takes more MDMA while the drug is still in their system, it might mess with their metabolism, worsening the cardiovascular and toxic adverse effects. While most MDMA’s adverse effects fade away after a few hours, confusion and anxiety can remain for up to a week.

MDMA interferes with how the brain processes information and maintains memories, and long-term use can exacerbate these cognitive difficulties.

If you want to get healthy, you must understand how your brain and neurotransmitters are impacted when you abuse drugs.

Once you understand that, you can take healthy steps accordingly to get your life back on track.

For further questions, ping us in the comment section below.

Is This the Best Indoor Cycling App?

How to Start Running: A Complete Guide for Beginners

HOW TO MAKE HEALTHY AND FITNESS A LIFESTYLE

The Effect of Sport on Human Health

What Are the Health Benefits of Exercise Bikes?